Here a few projects I've collected together from other sources featuring my work showcasing creative technology, experimentation and collaboration.

A mixture of experimenting in my spare time, whilst a student, or whilst I was a Creative Technologist at Redweb.

A hack/music event hosted by Red Bull and Sony Music. I collaborated with musician Tom Walker to create a wearable interface for his music software.

The Solution I came up with was a shirt with different touchable areas, that when touched, sent sensor readings to Node JS via a Bluetooth serial connection, smoothed out the reading and sent the correct MIDI messages onto Ableton Live.

This project was featured here:

A follow up to the conductive shirt project at BuzzJam. The goal was to make a more rugged version that the public could try on and play. It also featured a more refined configuration dashboard, which made debugging and calibrating much easier!

Better stitching + extra coding and the all new #buzzjam Sample Shirt 3.0 is working like a dream pic.twitter.com/2vWsY85aES

Lots of fun playing around with @BuzzJam's sample shirt which uses conductive paint & thread #WIREDNextGen to create your own unique tune pic.twitter.com/pe99lEW9R0

My final year university project was a browser based projecting mapping application. By being able to write content and features in web languages. Myself and others could quickly develop different experiences.

One use was "Musicbrickwallbrickwallmusic". A projection mapped brick wall + music. It was a collaborative music thing where people could use their phone to play music samples together. Whenever they tapped, a coloured brick would light up.

The problem I tried to solve was the the museum having difficulties figuring out where and how long visitors would stay in one place & the route they took throughout the museum.

An idea that I had was that instead of tracking peoples movements around a museum by installing an app onto visitors phones and data connection - what if visitors could opt-in to wearing a small device for the duration of their visit that handled all the tracking instead.

The solution was a wearable Raspberry Pi which logged nearby Bluetooth LE beacons and then when the visit was over it transferred the data to a server which ran a report that figured out where you lingered the longest and printed the visitor a little postcard with some stats as a thank you memento.

I worked managed a team of 3 other developers and a designer to create the prototype, which went on to win multiple prizes at the end of the hack.

The info printout from using the Museum Egg at #smHack pic.twitter.com/3DfVe7vp9D

A Raspbery Pi, Camera and a thermal receipt printer in one box.

It took a photo and then sent it 5 different cognitive and recognition APIs. It then gathered the results and formed a 5-7-5 syllable haiku based on what it took a photo of, and printed it out all within a few seconds of pressing the button.

I went on to create a twitter bot version of the Haiku Camera, which replied to photos tweeted at it. 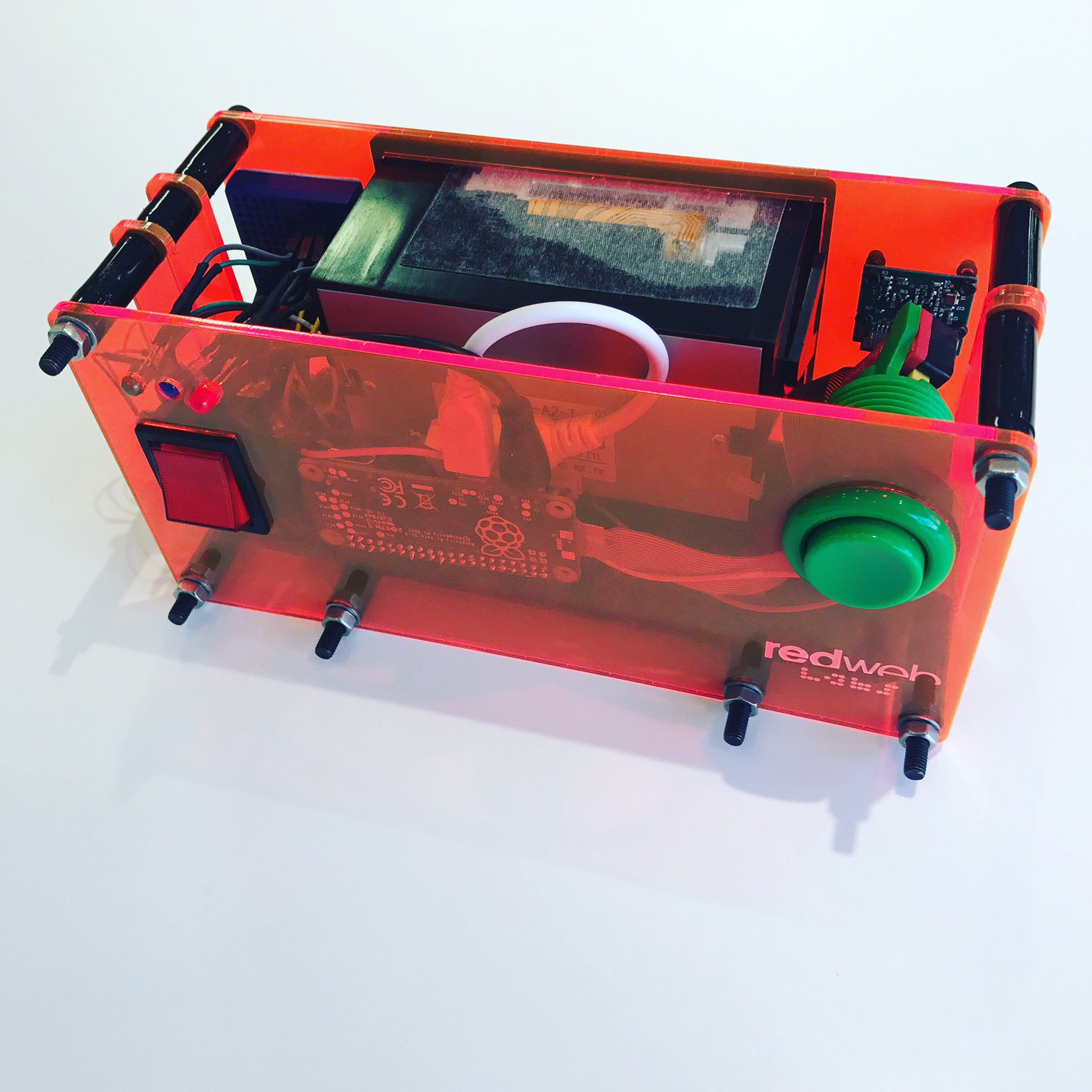 .@brandonhawkes
is it a Christmas
perhaps mammal and winter
cat and christmas tree

A fun little hack to use a Lego Dimensions gamepad to run containers locally, build and deploy Docker containers on AWS.

Deploying our code to the server with a little help from MrT & his Lego friends #docker #AWS pic.twitter.com/YMy8oNaKQq

Experimenting with Microsoft's Cognitive APIs, and connecting them to Phillips Hue lights.

A follow up project to this I worked on was a Guitar Hero-esque game where you had to match the emotions falling down the screen in time.

Using an ESP8266 Wi-fi chip, battery and a loud buzzer, I made a simple device that buzzed rather loudly if if detected any wifi network containing the word "McDonalds"

I developed an Alexa Skill which tracked your Alcohol consumption over a week and gave you advice.